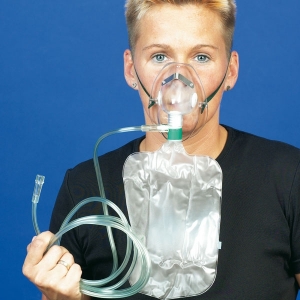 There is a dramatic need to unthink and rethink some of the most basic concepts in social science – notions such as community, identity, and indeed citizenship. The reason for this is that since the early 1990s, some fundamental changes have taken place in the ways in which all of these notions take shape in real life. Vertovec (2007, 2010) has described these changes as a transition from ‘diversity’ to ‘superdiversity’, a diversification of diversity due to changes in the migration patterns worldwide. People from more places now migrate to more places, causing unprecedented forms of social and cultural diversity especially in the large urban centers of the world (for an early appraisal, see Cohen 1995, 507ff). Adding to this complexity, the emergence and global spread of the Internet and other forms of mobile communication technologies – synchronous with the new forms of migration – have created a ‘network society’ (Castells 1996) in which people live and act in relation to long-distance, ‘virtual’ peers in sometimes enormous online communities. Taken together, these two forces have re-shaped social life around the world, and the most sensitive index of these transformations is the emergence and development of new forms of human communication – the social transformations go hand in hand with sociolinguistic transformations yielding degrees of complexity hard to imagine previously, and prompting an escalation of new terminology to describe them: languaging, polylanguaging, transidiomatic practices, metrolingualism, supervernacularization and so forth (for a survey see Blommaert & Rampton 2011).

The problem is one of imagination: how do we imagine these new forms of complexity? Static, horizontal-distributional and synchronic images and metaphors fail to do justice to the phenomena we encounter, because dynamic and historical processes are observed, most often featuring ‘vertical’ patterns of stratification and restratification. Linguistic resources enter a specific environment, acquire an indexical value relative to existing norms within that environment, thus shape new norms, and so acquire a potential to perpetually reshuffle the linguistic-symbolic hierarchies. Social lives are thus organized not in relation to one single complex of norms but in relation to many competing and/or complementary ones – a feature of sociolinguistic superdiversity we call polycentricity (Blommaert 2010: 39ff); individual repertoires bear the traces of such perpetual reshufflings of norms in a polycentric environment (Blommaert & Backus 2012), and complex forms of identity work can draw on the resources that orient towards the multiple sets of norms present in someone’s ‘communicative competence’ (cf. Rampton 2006; Jorgensen et al 2011). The latter notion must now be understood as the capacity to acquire multiple normative orientations and shift from one set of norms (those of the classroom, for instance) into another (say, those of Facebook) and back (the classroom), then forth to yet another one (age and gender group norms, say) and back again. The resources deployed in these moves are each time specific and specialized: we call them ‘registers’ (Agha 2007). We select from our repertoires the registers that are functionally adequate within the specific niches in which we intend to deploy them. This is why I speak in a different way to my mother than to my wife or to my colleagues, and this explains why these various modes of communication are not interchangeable. If I would speak to my mother the way I would speak to my colleagues, or vice versa, chances are that I will be perceived as socially awkward by all.

The key terms in what I just said define the lines of inquiry into such processes: resources, norms in relation to other norms, identities anchored into such sets of norms, and rapid shifts to-and-fro between normative orientations within a polycentric environment. Understood throughout this is the fact that such complex communicative and identity work comes with entitlements and constraints – people, thus, perform such complex work because it comes with a price and this price is different for each of the social niches between which people move.

If we imagine a social world in the terms sketched above, several well-established notions invite revision. To start with, a notion such as ‘integration’ used in relation to immigrants can be redirected from its usual monofocal bias – integration in the ‘majority’ social system, integration into ‘our’ culture and values, and so forth – into a more nuanced, plural and surely more accurate direction. ‘Being integrated’, we can see, means being capable of making oneself understood in a wide variety of social environments.

These environments include not just the ‘dominant’ culture but also various ‘sub’-cultures. Immigrants need to ‘integrate’ in the many niches that compose their actual social environment, and they have to acquire the resources to do so – they have to ‘enregister’ the resources adequate for the various specific niches (Agha 2007; Moller & Jorgensen 2012). These niches are of course not just those of their ‘host societies’, but also those of émigré communities in a diaspora, of their ‘home’ cultures, of gender, age, social class, profession, workplace, religion, consumption, hobby, media etc. niches. It is not sufficient to be ‘well integrated’ in the administrative culture of the ‘host society’, for instance, because this kind of integration does not necessarily appear useful when the results of one’s child need to be discussed with a school teacher, or even when performing mundane tasks such as shopping. One set of resources – always specific and specialized – does never suffice for the totality of social life; no single set of resources has the generative potential to cover all aspects of social life in which ‘integration’ is mandatory, desired or useful.

Thus, learning ‘a language’ is never enough. Immigrants are increasingly subjected to pressures to acquire the standard varieties of the national languages of their host societies, and this pressure is driven by a monofocal and generative view of ‘standard’ as the unique instrument for integration. However, acquiring that standard language in practice means acquiring one specific and specialized register, suggested to be universally deployable in all and any social environment.

This, then, is the current institutionalized sociolinguistic face of citizenship in a growing number of countries; evidently it is inadequate (see e.g. Spotti 2011). Superdiverse social environments are intensely polycentric and, thus, put high demands on register development for those who live and act in them. The traditional notion of ‘citizenship’ (always related to institutionalized trajectories of ‘integration’) suggests that integration into one aspect of social life – the administrative and public culture of the nation-state acting as ‘host’ to the immigrant – is sufficient for the immigrant to lead a successful life.

This is sociolinguistically ludicrous, and it also runs counter to what is in actual fact expected and/or demanded from immigrants. We expect them not just to pass the mandatory language test administered by the administration in charge of immigration; we also expect them to be fluent in the register of education, of labor, of gender, age and so forth – we expect them to be ‘fully’ integrated in every niche we detect in society. Failing that, immigrants will perpetually be regarded as ‘dis-citizens’, even sometimes anti-citizens as in the case of more radical Muslims in various countries of the West. In placing such demands, we usually overlook the complexities specific to immigrant social life – the fact that apart from ‘our’ culture and values, immigrants also have to orient towards niches of ‘their own’ culture present in diaspora contexts. Forms of Muslim identity articulation – take the hijab as an intensely debated example – can simultaneously be understood as ‘not integrated’ into the ‘dominant values’ of the host society and as ‘fully integrated’ into the religious culture of the diaspora, or even into a global aesthetics of femininity among a particular female peer community (see Blommaert & Varis 2012). The simultaneity of contrasting interpretations here is an effect of the polycentric environment in which (in this case) young Muslim women in the West currently live; their practices, consequently point towards very different orders of indexicality at the same time. The conflicts, thus, are intrinsic to the increasing complexity of contemporary social systems.

If we understand citizenship as a particular degree of ‘integration’, thus, we must realize that superdiversity has created unprecedented levels of polycentricity in social systems, causing the kinds of contrasting and conflicting understandings described above. Some signs, consequently, will inevitably be seen as signs of citizenship as well as dis-citizenship, and it is likely that the political dynamics of citizenship in superdiverse societies will hinge on the degrees to which people – experts, legislators, opinion makers – are capable of imagining the levels of complexity that characterize the real social environments in which people ‘integrate’. The capacity to replace the simple imagery of structuralism by an imagery of complexity and change will decide the debates on citizenship in the future.

Blommaert, Jan & Piia Varis (2012) How to how to: The prescriptive micropolitics of Hijabista. Tilburg Papers in Culture Studies, paper 30.

Castells, Manuel (1996) The Rise of the Network Society. London: Blackwell

Spotti, Massimiliano (2011) Ideologies of success for superdiverse citizens: The Dutch testing regime for integration and the online private sector. Diversities 13/2: 38-52.

One thought on “Citizenship, language and superdiversity: towards complexity”