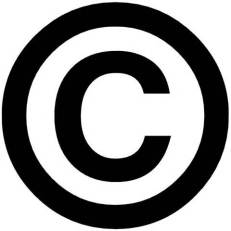 I recently received an email from the academic sharing platform ResearchGate, where I maintain a profile.

So here we are. I am the originator of knowledge, but I can only share it with others under conditions specified by a commercial enterprise, who holds the license to it. In the philosophical literature, this situation is know as heteronomy, the opposite of autonomy.

There is a long tradition in which knowledge was seen as an exceptional kind of commodity: as opposed to e.g. an apple or a bottle of Coke,  consumption of knowledge doesn’t deprive its producer of it. On the contrary, it is supposed to make everyone better, to contribute to the common good. We are now in a situation where (a) this principle of knowledge as a commons is entirely rejected; (b) the producer is deprived of the autonomy to communicate it.

The contribution of a publisher to an academic article is nothing more than a reference. To the title and author, it adds something such as “Journal of Applied Linguistics 34/3: 111-131”. That’s it.  This reference, of course, is the stuff of careers. The article can be insignificant or outright useless, but the reference turns it into an academic achievement, a really-existent result and product of labor that can be turned into a line in someone’s CV and thence into an argument for appointment, tenure or promotion. It’s alchemy: a stone has been turned into gold. Or at least, that’s what we believe has happened.

The price to be paid for this bit of alchemy is colossal. I can make ideas, convert them into knowledge and write them into texts; but I have to ask permission for communicating them to others, for I don’t have the right to do so myself. I can, thus, violate the copyrights to my own thoughts, words and phrases. I can be punished for doing so. So what is the next thing? Perhaps a close monitoring by publishers of conference contributions? – imagine that I would read a paper published by them to an audience who haven’t paid for it? Surely that would be a crime.

Forgive me if I find all of that quite weird.