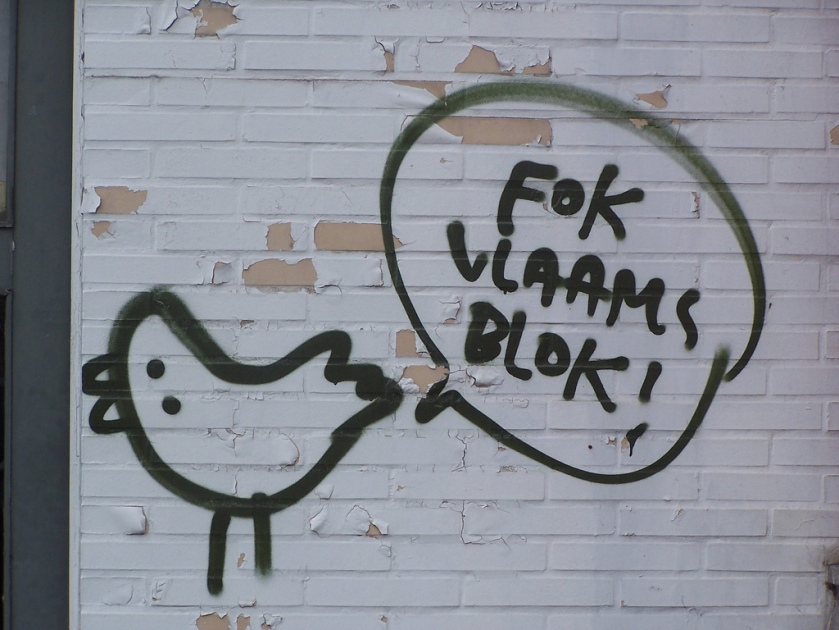 The Brexit, followed by the election of Donald Trump in the US, have raised worldwide concerns about the rise of right wing extremism. The phenomenon is, however, 25 years old in Belgium. Lessons can be drawn from that longitudinal experience.

24 November 1991 is known as “Black Sunday” in Belgium. On that day, a relatively new party called Vlaams Blok radically redefined the electoral landscape in the country with a first massive victory at the polls. Prior to that national breakthrough, the party had won the local elections in Antwerp. But Black Sunday sent shock waves through the Belgian political system, and its effects are enduring.

Vlaams Blok (“Flemish Block”, later renamed Vlaams Belang – “Flemish Interest”) won its seats in Parliament due to a mixture of three powerful elements. The mixture will sound familiar to observers of the present.

The main innovation brought by Vlaams Blok was point (2) in this list. Until 1988, immigration and multiculturalism were marginal as political themes. As a policy domain of very modest scope, these themes had emerged in Belgium in the late 1970s only, and they had emerged in the broader context of the socio-economic issues following the economic recession of the mid-1970s. Immigrants had been particularly hard-hit by the economic contraction, and politicians felt that specific measures should be taken. The problem with immigrants was defined as a socio-economic one.

Vlaams Blok brought a radically different definition of the problem. Immigrants presented a cultural and political threat to Flemish society. Their presence distorted and threatened the fundamental identity of Flanders as a white, Christian and Dutch-speaking region characterized by a set of values and preferences with which those of – notably Muslim – minorities were profoundly at odds. Since, in addition to this, the economic role of immigrants had declined due to the recession, immigrants should be turned back to their countries of origin.

Onto this anti-immigrant theme, several others could be grafted.

The most dramatic impact of Vlaams Blok, however, was more general:

The impact of Vlaams Blok

The political adversaries of the Vlaams Blok reacted swiftly to the electoral shockwave of Black Sunday. A cordon sanitaire was declared by all other parties, promising never to enter into formal political collaboration with the party. Politicians would, until this day, explicitly proclaim their fundamental differences with Vlaams Blok and their refusal to enter into coalitions with them. Much later, in 2004, the party was brought to court on racism charges. The controversial trial led to a conviction, and the party was forced to change its name into Vlaams Belang.

Implicitly, almost all parties followed and adopted the Vlaams Blok themes and arguments.

This was the explicit part of the reaction. Implicitly, however, almost all parties followed and adopted the Vlaams Blok themes and arguments, in a kind of pied-piper reflex aimed at regaining the lost electoral ground. Even more: the six points listed above have, 25 years after the electoral breakthrough of this right-wing extremist party, become mainstream. Thus, while the cordon sanitaire excluded the party from power, its influence was pervasive and persistent. The party caused a decisive political-discursive shift – the same shift as the one now witnessed elsewhere in Europe and the US.

This shift can be described as follows. By introducing new “extreme” topics and modes of political speech (qualified, systematically, as “simply stating facts” and therefore matters of “freedom of speech”), all previously “extremist” positions became “moderate”. Thus by opening a discursive terrain that moved what was politically thinkable and publicly sayable to previously illegitimate zones, the benchmarks for what was politically “normal” were shifted along. Concretely, when one demands that all illegal aliens ought to be deported, every proposal for repression short of deportation becomes “moderate” and reasonable in comparison to the “extreme” one. Similarly, if one demands independence for Flanders, proposals for a confederal state can be presented as moderate and reasonable, even if they are vastly more radical than previously held plans for a federal state. And so forth. The entire specter of Belgian politics moved, quite dramatically, in that direction.

Thus, after 1991, all parties embarked on large-scale exercises of rebranding and reorganization, aimed at “closing the gap” with the citizens defined by Vlaams Blok. The traditional system in which parties articulated the interests of large and well-organized civil society organizations (trade unions, religious and socio-economically defined communities, local and regional constituencies) and relied on a large membership of militants was rapidly replaced by an entirely new format of political practice based on high-profile personalities, marketing, polling and mass mediatized propaganda, later significantly expanded by the use of internet-based new media. Politicians became celebrities (and celebrities became politicians), and the voter was, henceforth, approached as a “customer” rather than as an ideologically affiliated fellow-traveler. The era of the glib and quotable one-liner and “politics-as-lifestyle-option” had arrived, replacing that of the slow and careful technical explanation of policy options. All parties desperately wished to avoid being trapped in the label of “elite”, and all claimed to express “the voice of the common man”. Populism, in short, became the default mode of politics. New types of political leaders, new types of political style, discourse, tactics and strategy were established, and new themes started dominating the political landscape.

For the same shift towards the Vlaams Blok could be seen in all the thematic domains listed above. Far more radical versions of Flemish nationalism became mainstream. And when an erstwhile “moderate” Flemish-nationalist party exploded in the early years of the millennium, a far more radical one succeeded it, called N-VA. Article 1 of their Statute identifies Flemish independence as the ultimate political goal. This party is currently the largest Flemish party, and dominates both the Flemish and the Federal Governments. More on this below.

Immigration and multiculturalism became overwhelmingly culturalized, and the socio-economic line previously followed was all but entirely abandoned and replaced by Huntington-ian discourses of “integration problems” caused by fundamental cultural-religious differences between “us” and – increasingly but incessantly – Muslims. Law-and-order repression replaced softer approaches aimed at employability, education and training, and improved social mobility for minority members. Voting rights became a taboo issue, and immigrants acquired voting rights only as part of the implementation of EU-directives in 2004. The dominant discursive and policy model now is that minority members “need to take responsibility” for their own position of inequality, that racism is too often used as an excuse for failing to use the opportunities “we” offer “them”, and that Muslim “extremism” means that “integration has failed” and that a more coercive approach is warranted.

Not just parties adopted the presuppositions and arguments of the Vlaams Blok; mainstream media did so too

Not just parties adopted the presuppositions and arguments of the Vlaams Blok; mainstream media did so too. Black Sunday was explained in the media in precisely the terms defined by Vlaams Blok: yes, there was a problem of democratic legitimacy for the “traditional” parties, and yes, Vlaams Blok asked “the right questions” (but gave undesirable answers). Throughout the 1990, the mass media provided encouraging commentary for the shift towards populism and the adoption of important parts of the Vlaams Blok agenda. In a political system increasingly dominated by mass-mediatization, this support mattered, it mattered a great deal.

Vlaams Blok became the single most consistently successful political formation in Belgian politics since World War II. From its first electoral success in 1988 until 2006, the party won 13 consecutive electoral victories. It did so in spite of a cordon sanitaire which deprived voters from any hope of real executive power, and in spite of the mass copying and imitation acts of all other parties. This success story also turned Vlaams Blok from an early mover in the European extreme-right-wing universe into an exceptionally consistent political formation, and a model for several more recent similar European parties.

The tactic of copying and imitation, thus, did not pay off for the other political parties. The Flemish Social-Democrats, for instance, lost half of their electorate in the period since Black Sunday. Filip Dewinter himself would provide a simple explanation: people would always prefer the authentic brand product above its imitations or counterfeit versions. He was right, of course: given their adoption of substantial parts of the Vlaams Blok agenda, parties found it increasingly difficult to wage a convincing and consistent opposition against Vlaams Blok. And given the technical brilliance of the latter’s leaders in media performances, defeat was almost inevitable for the “traditional” parties.

The party lost some of its electoral force after the worldwide crisis of 2008, when socio-economic themes regained prominence in political discourse and programs. But the first really bad defeat only occurred in 2014, when the previously mentioned recently created N-VA party captured about one third of the Flemish electorate, led by a charismatic and highly media-friendly leader Bart de Wever. Interestingly, this party did copy and imitate Vlaams Blok – it did so almost entirely in the six domains sketched earlier – but it combined this Vlaams Blok agenda with an outspoken and radical neoliberal economic platform. Thus, the Vlaams Blok program has now acquired executive power. N-VA has cleverly exploited the huge discursive shift mentioned earlier, moving as closely as possible to the positions held by Vlaams Blok, and just adding a “moderate” (essentially a more “rational”) stylistic inflection. And it drew most of its voters in the 2014 ballot from the existing Vlaams Blok electorate.

Copying and imitation does pay. But only after a period in which the discursive shift performed by “illegitimate” political actors has been normalized.

Thus, copying and imitation does appear to pay. But only after a period in which the discursive shift – the expansion of what is politically thinkable and publicly sayable, performed by “illegitimate” political actors such as Vlaams Blok – has been normalized. N-VA needed the overtly extremist (and legally racist) Vlaams Blok in order to create a “normal” political place for itself. Likewise, Boris Johnson can only be explained by Nigel Farage and the English Defence League; and Donald Trump capitalizes on the efforts of an extremely radical neoconservative movement that started under Clinton and took the shape of the Tea Party under Obama. Thus, the new, radical right-wing politicians we now have emerge in a new, reshaped discursive field in which much of what was seen as shocking and politically transgressive two decades ago can be presented now as just a statement of fact, the performance of which is a matter of freedom of speech, and, ultimately, a vital sign of of a true and vibrant democracy.

“We are saying what you are thinking” has become the single most powerful political motif in recent years. In Belgium, it has profoundly transformed the political arena for 25 years, and it has been consistently successful. Witnessing the more recent re-enactments of this process of transformation elsewhere in the world is, therefore, a highly frustrating experience – the same patterns evolved, the same errors were made, and the same outcomes define a present which, looking back, was in fact highly predictable.

One thought on “25 years of right wing extremism in Belgium: Lessons for the present”