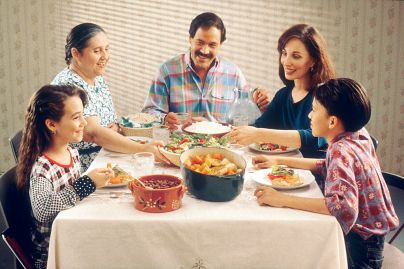 Language policy and planning research used to be, in the sociolinguistic tradition, an outspoken macro-affair focused on examining the rationality of (usually) state-based governance in the field of language (e.g. Eastman 1983). This form of state-based linguistic governance was in turn often seen as an element of nation-building, for the languages in need of policy and planning were usually the languages that defined, or could and should define, the nation. The particular rationality applied in such governance was at once romantic and modernist: romantic since it was deployed in view of the creation of the kind of nation imagined in the European romantic tradition; modernist since it strongly relied on principles of efficiency, parsimony, singularity and linearity, usually leading to “oligolingualism” – the reduction, through conscious policy and planning, of sociolinguistic complexity in the state by promoting specific languages to the status of “national” and/or “official” language – the standardized languages normatively used in the public sphere, notably in politics, education and media – and relegating most other languages to the domain of the private sphere (Blommaert 1996; Spolsky, this volume).  The terrain on which such efforts were set was usually that of relatively new postcolonial states, turning the latter into a laboratory for what Eastman (1983: 4) called an “applied sociolinguistics” committed to social change (for a survey, see Ricento 2006).[1]

In spite of the tremendous enthusiasm for such sociolinguistic engineering among scholars of language, the laboratory cannot be said to have produced a long list of successes. As observed by Bernard Spolsky (this volume), some assumptions about how language could work in social environments turned out to be fundamentally flawed and several aspects of sociolinguistic reality turned out to “talk back” to the carefully designed and energetically enforced policies. I shall highlight three major problems.

The first problem was that language policy, certainly when insisting on maintaining former colonial-metropolitan languages as part of the institutional sociolinguistic hierarchy, was quickly identified as just another mechanism of oppression, a form of linguistic imperialism potentially endangering minority languages to the point of extinction. Issues of language rights emerged as a counterpoint to top-down language policies (Phillipson 1992; Nettle & Romaine 2000; May, 2001; for a discussion see Freeland & Patrick 2004). Even where former colonial-metropolitan languages were not overtly promoted, the newly hegemonic national language could be shown to create or consolidate sociolinguistic inequalities, mainly through the exclusionary effects of language standardization (as in Tanzania, see Blommaert 2014).

The second problem was that language policy analysis could be seen, from the early 1990s onwards, as a particular instance of language-ideological structuring. As soon as language ideologies emerged as a theoretically and empirically developed aspect of any sociolinguistic object, language-ideological analyses of language policy became inevitable and provided a critical deconstruction of – notably – the notion of ‘language’ as a standardized artifact itself (see Kroskrity, Schieffelin & Woolard 1992; Silverstein & Urban 1996; Kroskrity 2000). This fundamentally undercut the top-down approach to language policy and planning studies, because language ideologies were distributed and pervaded every aspect of production, circulation and uptake of linguistic artifacts and processes such as textbooks, media discourses and policy papers, as well as degrees of fluency in enregistering standard varieties of language (Silverstein 1996; Agha 2007). In other words, what language ideologies did was to redefine the nature of the sociolinguistic arena in which language policies were being played out, prompting very different forms of inquiry and analysis (e.g. Jaffe 1999). We were now facing a layered, scaled and fragmented complex of sociolinguistic phenomena in which overt and institutional politics represented one form of structuration, while the everyday politics of interaction and uptake represented quite another one.

This problem led to the third one. A language-ideological critique of linguistic regimes (the term used by Kroskrity 2000) necessarily led to a far more nuanced and dispersed, less linear conceptualization of power in the sociolinguistic field. Part of the sociological imagination animating early language planning efforts contained a profound, but misguided, belief in the exclusive power of institutions as effective agents of change in the sociolinguistic field and of modernist rationality regarding the construction of a ‘correct’ standardized set of languages within an oligolinguistic landscape. James C. Scott (1998) called this imagination “seeing like a state”, and language planning officers often saw sociolinguistic realities from the viewpoint of the state as the prime mover in matters of language. With language ideologies as part of the theoretical and methodological toolkit, such a totalizing view of power had to be replaced by a far more layered and fragmented one, involving actors at several scale levels and activities across the entire realm of social life, and an analysis zooming in on the smallness of situated practices rather than on policy papers, international treaties and constitutional amendments (cf. McCarty 2011; Blommaert 2013; also Tollefson & Perez-Milans 2018; Spolsky, this volume).

This is where Family Language Policy finds its rationale and legitimacy: as a response to the three problems outlined above, and as a way of engaging with far more delicate and less linear modes of rationalizing language ideologies at scale levels below those of the state, and between those sub-state scale-levels and higher ones. In his chapter on “Why family language policy is crucial”, Haque (this volume) argues that family language policy addresses the link between the private and the public spheres of social life, between the scale of everyday family life and that of life as a citizen, and between orientations towards intimacy and family-bound affection on the one hand, and orientations towards trajectories of success and mobility reflecting the perceived requirements of the state, the labor market, and ultimately the world on the other hand. Reflecting on the chapters in this book, four separate but connected remarks are in order.

One: it is hard to miss the relevance of the fact that the chapters of this book document family language planning in contexts of migration and diaspora – contexts of globalization, in other words. The subjects animating the case descriptions all face the task of – conventionally called – multilingual maneuvering in a social network which is at once local and translocal, demanding the mobilization of complex repertoires made up of functionally specialized resources.

This means that family language policy, in the cases discussed here, is not a low-scale phenomenon but something which is dispersed over several scale-levels, including (prominently) the global one from within which biographies of migration, displacement and relocation emerge. We are facing cross-scalar complexity here, a stratified and polycentric language-ideological construction enveloping multiple resources and scripts for their deployment across scales.

Two: given this cross-scalar complexity, we can see how family language policy is a form of rationality, a reasoned organization of a sociolinguistic regime at the scale-level of the family. Rules are negotiated, established and enforced, on the basis of what we can best call ‘estimates’ of the value of sociolinguistic-communicative resources stretching from language to language variety, dialect and script, to accent and degrees of fluency and pragmatic-metapragmatic appropriateness, to the regulation of specific modes of communication. In Bourdieu’s (1982, 1991) terms, a field is locally shaped, enveloping the totality of sociolinguistic-communicative resources in mutually calibrated – that is, measured and evaluated – relations.

The value of such resources is overwhelmingly language-ideological and is determined by perceived (ideological) connections between specific resources and aspects of identity and belonging, social mobility and achievement, and affective-moral attachment to the kernel community of family, relatives and people identified as belonging to kindred communities – all of which become sociolinguistically conveyable through the structures of the sociolinguistic regime.

The previous remark might suggest that the sociolinguistic regimes we observe here are profoundly irrational, given their roots in affect, imagination and language-ideological sensitivities. But the rationality of the regime lies in the non-arbitrariness of selection and preference: resources are explicitly marked (and explained, argued) as non-equivalent to each other – the ‘heritage language’ must be used in social conditions x, y, z – and such rules of selection are learned (i.e. socialized) and policed as compelling aspects of behavioral regulation (cf. Moore 2016). The rationality, in other words, resides in the normative transparency of the sociolinguistic regime.

Three: in spite of the elaborate metapragmatic narratives, explanations and accounts we encounter in the studies in this book, we should remember that we are essentially facing a regime of social action, the metapragmatic reflections on which provide us with an inroad into the rationality governing it, the perceived patterns of order in a complex sociolinguistic universe – the things Garfinkel (2002) captured under the label of “accountability”.

I emphasize this because a focus on action forces us to think beyond traditional categorizations of (Fishmanian) domains, as well as beyond binaries such as “ingroup versus outgroup code” or “dominant versus subordinate language”. If this book brings one point home, it is that there is nothing abstract to family language policies – they are concrete, situated modes of social practice involving both the deployment of sociolinguistic-communicative resources as well as their rationalization through practices of accountability. And the one thing we have learned from language ideologies is that metapragmatic reflections cannot be separated from the practices they are tied to – they are joined as a composite object in social action. This, I suggest, has far-reaching methodological implications. Looking at family language policy as a particular organization of social action will involve a perpetual critical appraisal of the terms “family”, “language” and “policy”, since none of them can be presupposed or predefined, and all of them need continually to be grounded in observations of action – which is where the boundaries of these concepts will be established, as well as their validity.

Four: most of what was contained in the previous three points can now be anchored in a more appropriate theory of power than the top-down and linear one often applied in language policy and planning research in the past. We have the comfort that we can take such a theory off the shelf: Foucault’s biopower (e.g. Foucault 2007). Biopower, recall, was described as an infinitely dispersed and fractioned system of ideologically informed action covering all aspects of life and ordering them according to perceived norms of normalcy at all possible scale levels. It was, according to Foucault, the way in which the raison d’état could be converted in a generalized rationality, prominently including the raison de famille.

While the raison d’état was enforced by the police force, the raison de famille was very much policed by the families themselves, precisely by means of the kinds of reasoned organization of action we find in the family language policies documented in this book. Family language policies are, ultimately, self-induced and self-policed modes of ‘order’ in social action, infused by polycentric and scaled language ideologies, accumulated and learned during biographically phased processes of socialization. It is good to remember Foucault’s sobering take on socialization: yes, it always involves the handling and reproduction of (seemingly soft) Durkheimian norms of social conduct, but such norms constitute a field of power more formidable and effective than anything Durkheim anticipated. In cases discussed in this book, they define the diacritics of ‘normal’ subjectivity itself – are you still ‘one of us’ when you do not use language x when talking to person y? Are you still recognizable as a member of a clear-cut social category (‘us’) or are you an outsider whose social conduct cannot be tolerated as meaningful to us?

Such issues, generously demonstrated throughout this book, should make it clear to anyone that family language planning research is not a study of families; it is a study of society in its very complex concreteness. I welcome such studies.

Blommaert, Jan (1996) Language planning as a discourse on language and society: The linguistic ideology of a scholarly tradition. Language Problems and Language Planning 20/3: 199-222.

Blommaert, Jan (2013) Policy, policing and the ecology of social norms: Ethnographic monitoring revisited. International Journal of the Sociology of Language 219: 123-140.

May, Stephen (2001) Language and Minority Rights: Ethnicity, Nationalism, and the Politics of Language. London: Longman.

[1] Thomas Ricento’s landmark 2006 book, it can be noted, was the first volume in a series edited by Jennifer Coates, Jenny Cheshire and Euan Reid called “Language and Social Change”.