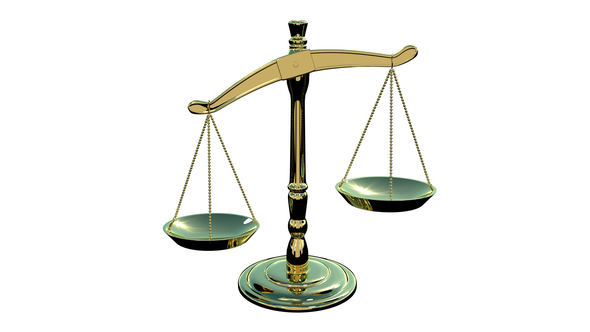 The idea of sociolinguistic scales points towards the non-unified nature of sociolinguistic phenomena, and it contains a productive ambivalence. It refers to what we could call scope of communicability, which is, if you wish, a horizontal image of spread, dimension, degree; but it refers simultaneously to value, distinction, quality in the sociolinguistic field, which is a vertical image of stratification. This is the ambivalence. What ‘scale’ does, is to express an intersection of scope and value, and this is why the ambivalence is productive. It generates a heuristic in which we interrogate sociolinguistic facts as simultaneously scoped and valued, subject to forces and effects that have to do with issues of resource distribution, availability and access, as well as with issues of sociocultural and political uptake – of size and importance, of quantity and quality, one can say. And distinctions observable along those two axes explain the dynamics of sociolinguistic life and the main features of concrete sociolinguistic economies. Every difference in scope is likely to be accompanied by a difference in value, and this essential non-neutrality of sociolinguistic resources (in the broadest sense of the term) is at the heart of concrete meaning-making practices.

Scales have become a topic of considerable interest in the last decade among scholars of language-in-society. It is a conceptual cornerstone of any sociolinguistics of globalization, and it has helped scholars reimagine crucial notions such as ‘context’. The present collection of essays is testimony to the ongoing productivity of the concept and to the many ways in which it enables creative analysis, precisely articulating the ambivalence I sketched above: analysis of scope of communicability, of the ‘reach’ of resources, technologies and infrastructures, joined with analysis of metalinguistic – sociocultural and political – valuation and its effects on the attribution of meaning and identity in interaction. Many scholars (and I include myself) currently view scales as an indispensable concept, but articulate an uneasiness about it – it is precise and clumsy at the same time, it creates useful lines of argument but instantly complicates such arguments, and while it has an immediate resonance of transparency (we know what it indicates), it also is hard to define with some precision.

In what follows, I will suggest that we need a concept of sociolinguistic scales, but we also need more than that; and I will suggest that we need scales as an imaginative concept, a loosely descriptive one that generates a number of other issues, to be addressed with more precise tools. I shall do so by reviewing my own motives for using sociolinguistic scales.

In the early 2000s, the topic that consumed most of my energy was that of voice and globalization. I was intensively working on problems of communication in asylum applications, mainly by asylum seekers from Africa in Western Europe. Gradually, I began to identify the core issue as one of resources and mobility. African asylum seekers brought sociolinguistic resources to the procedural interviews in Europe; and while such resources – think of African varieties of English or French – were perfectly adequate in Africa, they were very often dismissed as inadequate in Europe and their users remained voiceless in the asylum procedure. It appeared that in globalization contexts such as those of asylum, some resources afforded mobile voice, in the sense that they were valued as meaningful across entirely different timespaces, while others didn’t – something that could be reformulated in terms of different scale affordances, differences at the intersection of scope and value.

This insight – the scaled character of sociolinguistic phenomena in contexts of globalization – enabled me to start addressing three substantive problems:

Let me turn to these problems now and indicate how sociolinguistic scales, as an imaginative concept, enabled me to come up with solutions for these problems.

The problem of meaning

The work on asylum seekers became the empirical basis for a book called Discourse (2005). The book offered a theory of sociolinguistic inequality related to voice and globalization, the core of which was a view of meaning as layered and composed of different historically loaded elements (from slow-and-big things such as ‘English’ to infinitely small aspects of interactional deployment), synchronized in interaction.

I glossed this view as ‘layered simultaneity’ and it merits some explanation. The point to it is that whenever we communicate, we deploy a variety of intertextual resources, such as topics, interlocutors, language, accent, technologies, registers and so forth. While all of these resources will be simultaneously deployed, we must realize that they are of a different order – here comes scale. English, for instance, is of a different order in interactions than the actual interlocutor with whom we interact in English or the topic we address with that interlocutor in English (English transcends the specificity of interlocutor and topic). And these different orders will generate different effects in communication: shifting from English into Swahili, for instance, will exclude more interlocutors than switching from a Cockney into an RP accent in English. So scope and value walk hand in hand: the value of resources in interaction is often tied to their scope of deployment, to their affordance to include or exclude interlocutors, topics and communication practices. I elaborated the latter issue in Grassroots Literacy (2008).

The concept of scales enabled me here to imagine meaning as non-unified and stratified, as an object the different layers of which could not be imagined as equivalent, even if they co-occurred in moments of synchronization. Such synchronizations had to be seen as complex processes in which very different forces co-occur, and in which the differences between such forces mattered very much in view of the outcome of communication. But this was merely one step in a longer argument, just one of several problems solved, and more was needed.

The problem of situatedness

Meaning emerges in contexts – actual, concretely situated contexts. And context, as we know, is a notoriously elusive notion in analysis. I was deeply influenced by Aaron Cicourel’s views of context (1967; 1992) as multiple, layered and stacked, and access to contexts as unevenly distributed – a medical doctor has access to contextual resources not accessible for the patient, very much like security services having access to contexts not open to inspection by their suspects. Scale once more provided a useful prism through which we could contemplate such non-unified contexts.

The fundamental given of non-unified contexts, of course, called into question what we mean by the notion of ‘the local’ in the analysis of interaction. ‘The local’ (as in ‘locally performed’) is often used as an equivalent for the qualification of ‘situated’ when we decode communicative events: a synchronized here-and-now that operates as a self-contained and self-sufficient reservoir of inferential meaning (codified, for instance, in Conversation Analysis in the Schegloffian tradition, see Blommaert 2001). From the work on asylum seekers, I had understood that these self-contained and self-sufficient dimensions of situatedness made no sense, for we were continually confronted with an interplay of ‘local’ and ‘translocal’ features of contexts of globalized mobility, and with uniquely relevant and situationally contingent inferences operating alongside generic inferences. Narrative patterns performed by African asylum seekers clashed with institutional expectations about narrativity in a European bureaucratic and forensic tradition; they did so situationally of course, an each time in partly unique ways; but the uniqueness of such cases was overrun by generic differences in production and uptake of narratives (something also documented with respect to written stories in Blommaert 2008). So we encounter two kinds of situatedness synchronically operating in concrete events: unique situatedness as well as generic situatedness – the latter containing actualizations of the genres, frames, formats that generate the moralized behavioral scripts for meaning-making we usually qualify as ‘cultural’ (cf. Blommaert 2018). It is useful to underscore that both dimensions of situatedness are of a different order.

Which is why a further step was needed at this point. The layering of contexts-for-inferencing entailed, in actual moments of deployment, the layering of norms. Norms, too, are non-unified and scaled phenomena in communication, and we must assume that (given the layering) that at any moment of communication, different sets of norms are present in the situation, and all of them can be invoked by participants. I called this layered-normative dimension of communication ‘polycentricity’, and this concept became, along with scales, one of the key terms in The Sociolinguistics of Globalization (2010). And norms take us straight into the third problem.

The problem of indexicality

Given the treatment of the two previous problems, the third one is relatively simple. Indexicality stands for the meaning effects generated from text-context relationships, and if texts as well as contexts are non-unified, we need to make similar distinctions in the field of indexicality. In a polycentric situation, thus, various differently scoped and valued orders of indexicality are simultaneously at play, as emic regulators of meaning-making. Orders of indexicality – a concept obviously influenced by Foucault’s ‘orders of discourse’ – was the notion that completed the conceptual triad of The Sociolinguistics of Globalization, alongside scales and polycentricity. What I intended to express through that notion were general forms of ‘normalcy’ in social interaction, the available (but not evenly accessible) scripts for ‘normal’ meaning-making in situated communicative events.

As I said, such orders of indexicality are deployed as emic regulators of meaning-making; in less convoluted terms, they are the patterns of communicative conduct that generate recognizability in interaction: particular actions are recognizable as something specific, as, for instance, a joke, a lecture, flirting, a friendly response, the purchase of a railway ticket, and so forth. As in the discussions of the previous problems, we must assume that orders of indexicality are – literally – of a different order and regulate, at once, the aspects of meaning that are given and those that are new, the generic ones as well as the uniquely creative ones. The same imagery of scales applies here, and as before, it enables us to make more specific distinctions.

Always important, never by itself

In reviewing the line of argument I applied in solving the problems of meaning, situatedness and indexicality, I hope that one things has become clear. Scale was always a starting point, because it was the imagination of scaled phenomena that transformed them into objects that could be differently addressed. In my (admittedly idiosyncratic) development, scale has been extraordinarily productive as an imaginative concept, an instrument enabling a fundamental revision of what we believe certain facts to be – a tool for the creation of ideas, one could say.

Once these ideas were there, however, the scaled characteristics of sociolinguistic phenomena demanded more fine-tuned and accurate conceptual instruments and analytic strategies. The idea of sociolinguistic scales inevitably leads to a sociolinguistic phenomenology in which instability, plurality, indeterminacy and low presupposability feature – it leads to a sociolinguistics of complexity, in sum (Blommaert 2016). And for addressing complexity, notions such as scales carry too much of a suggestion of stable, static and clear-cut distinctions (as when we speak of ‘micro’ and ‘macro’ in relation to scales) and risk being too blunt an object for making the microsurgical distinctions we need to be able to make in actual analysis.

This was certainly how I experienced working with sociolinguistic scales: they were always indispensable in preparing the canvass and sketching the outlines of analysis; but once the analysis itself had to be done, scales were merely the parameters within which I operated, and the operation itself demanded a more elaborate, systematic and complex set of conceptual and methodological tools.

Blommaert, Jan (2018) Durkheim and the Internet: Sociolinguistics and the Sociological Imagination. London: Bloomsbury